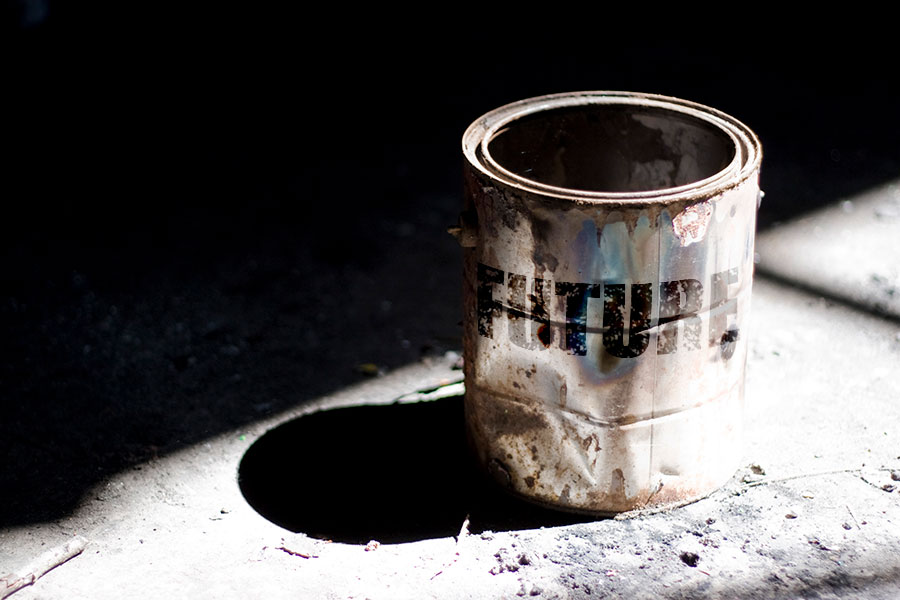 Time to kick the bucket! The “Future Bucket” that is.

No, I’m not saying we should all meet on a mountain top, drink some happy juice and wait for the mothership, this is a different kind of bucket we need to kick. The “Future Bucket”. For the longest time, the media has had us looking in the wrong direction. We’ve had our eye out for flying cars, time travel and our robot overlords but when they didn’t show up we thought, “Thanks a lot Technology! I guess it will never happen”. From Terminators to Marty McFly, every time someone talks about any futuristic technology, we immediately think “been there, done that, bought the exploding hover board, never gonna happen”. The problem?  When it does happen we can’t accept it. Even if it happens right in front of us.

I have at least 5 conversations a week with people that say “Man, I really admire your passion! All this stuff you’re talking about is really cool but I’m going to have to level with you…. People around here are just not gonna get it. You’re just too far off in the future”. This has got to be one of the most frustrating (and quite frankly terrifying) parts of my job. Yeah, I do talk about a lot of neat stuff but the reality is this- 99% of what I talk about has already happened.

I talk about the Senate meeting with execs at Alphabet (google) and the leading car manufacturers about fast tracking Robot Car laws – “Too far off in the future, man”

“Too far away and too far off in the future”

Alphabet/Google has created a Deep learning algorithm that taught itself to play Go and beat the world champion! This is something that’s supposed to be impossible and a big deal!-

Hollywood has given us all our very own “Future Bucket”. This is the bucket we put all the talk of robots, artificial intelligence, virtual reality and pretty much any exponential technology in so we can focus on the here and now. You know, the real problems. Gotta keep our heads outta the clouds. The problem? We’ve been so used to filling up our our future buckets that as the world changed right in front of us we missed the future and it’s already become the past.

But it’s not too late. If we come together as a community, rally around the change and prepare, the opportunities to lead in the Fourth Industrial Revolution will help put our small communities back on top.  But we can’t do it alone.

So, Thanks a lot hollywood.  You’ve really done a number on us when it comes to the future but we’re not buying it anymore. Take your future bucket and shove it, don’t see us needing it where we’re going….