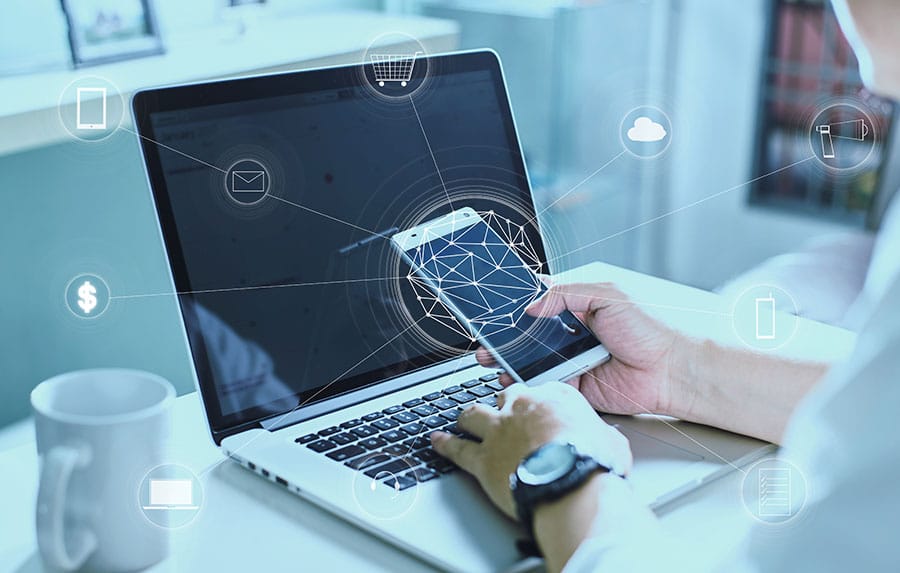 The world is changing at an exponential rate. Innovation, Disruption, and advancements in technology around Artificial Intelligence, Robotics and The Internet of Things are all drastically changing how we think about everything from Community and Economic Development to Workforce and Education. Being innovative is no longer a luxury, but a necessity if our organizations are to not only compete, but to survive as we move into the 4th Industrial Revolution.

This can be a trying and scary time for many of us. Facing an uncertain future can seem overwhelming. We know we need to change, to prepare for the future, but there always seems to be a lack of resources, funding and expertise, regardless of whether the will is there or not. For many companies, there is indeed a history and track record but as new leadership steps in, it can be difficult for organizations to adapt. The truth is simple; the future will not be But for those willing to face this change head on, and embrace this disruption, the opportunities are endless. It is for this reason that York Exponential was created.

What makes us different?

Here at York Exponential we are a collection of Technologists, Entrepreneurs, Experts and Moonshot Thinkers. We believe in the power of industry and business to not only drive the economy but to create lasting and impactful change in the lives of it’s workers, communities and country. We recognize that the world is changing at an incredible rate but know from history that the last time the world changed this much, this fast, it was the Manufacturers that led the way.

The York Plan, “Do What You Can, With What You Have.”

As our country moves into a new era of challenges and opportunities, it is the Manufacturing community’s heritage and legacy of Innovation and Creativity that has inspired York Exponential to help prepare our Manufacturers for the coming challenge.

The following is an excerpt from an article written by June Lloyd YDR 12/13/2013.

It was the summer of 1940. The United States hadn’t officially entered World War II yet, but defense manufacturing was gearing up in a big way. Our active participation was on the horizon, and we were already supplying Great Britain with war material.

York was an industrial city, and local business leaders realized that effective manufacturing was essential to defense, and the York community would need to play a big part. Some local companies, such as York Safe & Lock, were already doing work for the Army and Navy, but most just could not handle large government contracts on their own.

The catalyst came when local firms had to pass up bidding on a contract for mounts for five-inch anti-aircraft guns; they realized then that by inventorying machinery and manpower available in all local firms, large and small, they might be able to get some of these big jobs.

The Manufacturers’ Association of York named four industrialists: William S. Shipley, Robert P. Turner, William J. Fisher and Warren C. Bulette to a Defense Committee. Chaired by Shipley, it was charged with getting all these tools and workers together with the greatest efficiency. The three basic requirements were:

In February 1941, only seven months later, Shipley addressed the Manufacturers’ Association, sharing that The York Plan, as it was now known, was already a success and a national model.

The committee looked at 245 manufacturing plants, even candy makers and silk weavers, to find equipment that any company could use to subcontract. They inventoried workers, also noting those who had experience in metalwork, but had left the trade. Summer and night school programs were quickly set up at high school metal shops to train or retrain people.
It was the efficiency and zeal that the Defense Committee of the Manufacturers Association of York put into the implementation of the York Plan that made it a national model with a slogan to live up to: “Do What you CAN with what you HAVE.”

The federal government embraced the York Plan and urged other communities to use it as a model, distributing a booklet describing the plan through the Office of Price Management. Word quickly spread through meetings, national press coverage, trade magazines and popular magazines such as the Saturday Evening Post. William S. Shipley became its ambassador, spending much of 1941 traveling the country, speaking at Rotary Clubs, chambers of commerce and manufacturers’ associations from Philadelphia to Los Angeles, Atlanta to Seattle and most major cities in between.

NBC radio got the nation’s attention when they came to York to broadcast a live prime time Saturday night dramatization of the York Plan.
Patriotism and the conviction to do everything to combat the worldwide threat to democracy seemed to spur on America’s response to industrial mobilization. In his February 1941 speech, Shipley quotes Winston Churchill from that morning’s paper: “Give us the tools and we will finish the job.” Shipley says it is the least we can do, and points out that the British are fighting our battle too — if they fall, we fall. Shipley closes with: “Let us give our all so that whatever the end may be, we will have no regrets so far as our duty is concerned.”

This was just the beginning of the York Plan. Soon the majority of industries in York County had converted to defense manufacturing as prime contractors or subcontractors. York Safe & Lock came in under the umbrella as did non- metal shops, such as Red Lion Cabinet, Hanover Shoe and Dentists’ Supply companies. York Ice Machinery made refrigeration equipment for military needs, but also went into production of barbette (elevated) guns and gun parts. One of my favorite examples is subcontractor Floorola, a very small maker of floor polishers with a staff of five, which soon had 30 workers machining parts for gun carriages for York Safe & Lock and aluminum castings for Glenn Martin bombers and Fairchild training planes.

It is because of this legacy that we at York Exponential believe that the Manufacturing Community is uniquely positioned to take the lead and bring our local, regional and state economies into the future. But this cannot happen unless we rethink business as usual and actively pursue Embracing Disruption.

Pulling inspiration from the original York Plan, York Ex believes the principles within the original plan came from an understanding of Inevitable Disruption and can be used to prepare our companies and communities moving forward.